Just in time for the official launch of their new Windows 8 operating system, Microsoft has today rolled out the final versions of its Office 2013 Web Apps to its cloud storage service SkyDrive. 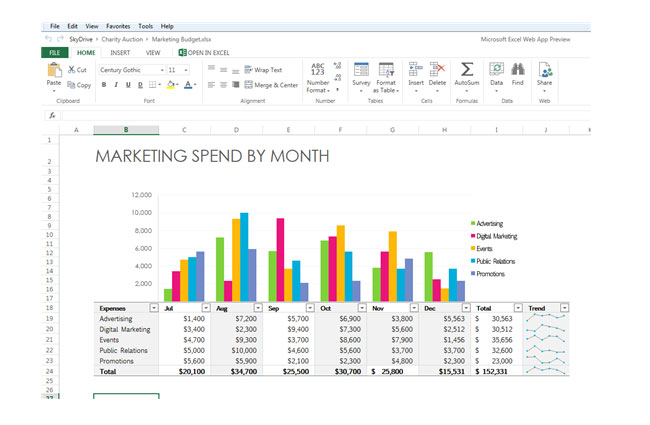 The news of the Office Web Applications finally being made available within Microsoft’s SkyDrive, was tweeted by Omar Shahine, a SkyDrive group product manager, who explained the service was now available in its final format.

The new Office Web applications, have been created by Microsoft to provide users with easy access to Word, Excel, PowerPoint, or OneNote files directly from their SkyDrive account. Now whenever a user opens or creates a document within SkyDrive, the file will open within the completed 2013 edition of Office Web Apps.