During Apple’s Keynote event today, as expected Apple unveiled a new connetor for their latest iPhone 5 smartphone. Replacing the 30 pin connector that first appeared with the Apple iPod nearly a decade ago.

The latest connector called Lightning unveiled by Apple is 80 percent smaller and is all digital, with an 8-signal design, together with improved durability. 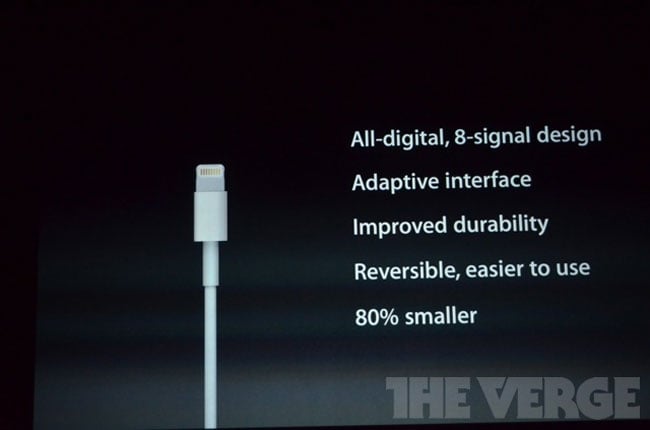 The new iPhone 5 Lightning connector is also reversible and easier to use, and is 80% smaller than the older 30 pin connector. Apple explains:

“So a lot has changed, and it’s time for the connector to evolve. Our new connector is called Lightning. So we have Thunderbolt and Lightning.”

Apple also announced they have created a new adapter which will convert devices and cables with the old 30 pin connector into the new iPhone 5 Lightning connection. 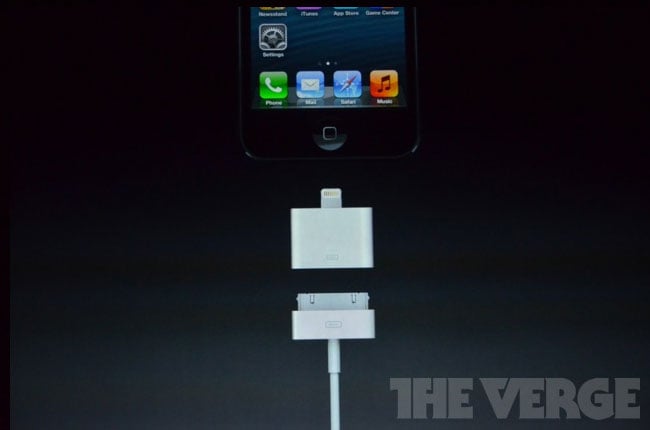