Apple released the latest Apple TV beta software yesterday, and it looks like it will come with some new features, one of those will be the ability to purchase music from iTunes direct on your Apple TV.

In the current version of the Apple TV software you can buy movies and TV shows, so it looks like Apple will also be adding in support for buying music in the next major software update. 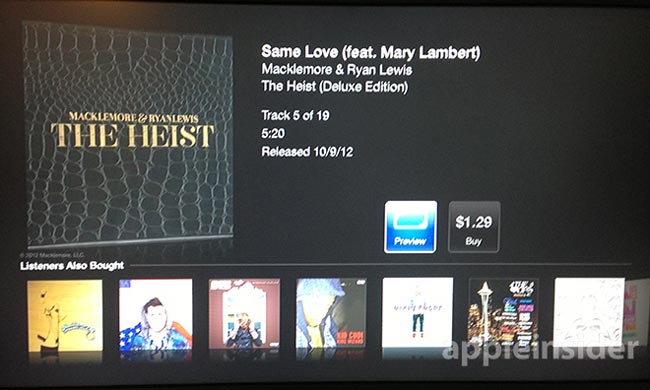 You will be able to preview songs on the Apple TV before your buy them, just like on the iPhone, iPad and in iTunes on your computer. You will then be able to play your purchased music on your Apple TV or downloaded direct to another device.