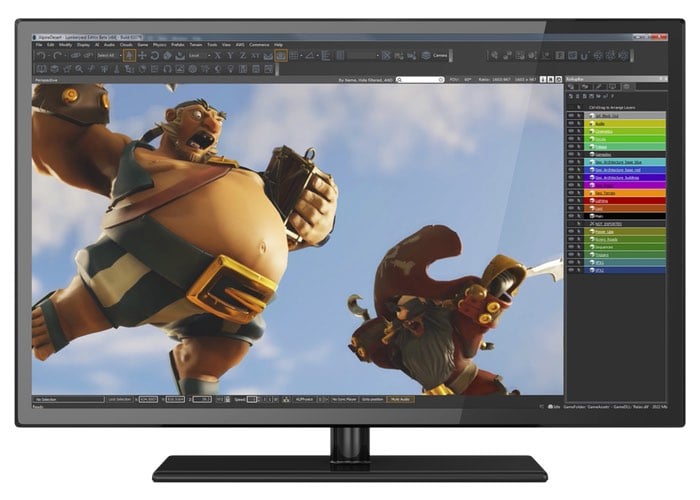 Though when using the new Amazon Lumberyard games engine if you require web service these will only be available from Amazon Web Services (AWS). Watch the promotional video created by Amazon embedded below.

Amazon Lumberyard is a free, cross-platform, 3D game engine for you to create the highest-quality games, connect your games to the vast compute and storage of the AWS Cloud, and engage fans on Twitch. By starting game projects with Lumberyard, you can spend more of your time creating great gameplay and building communities of fans, and less time on the undifferentiated heavy lifting of building a game engine and managing server infrastructure.

With a full-featured editor, native code performance, stunning visuals, and hundreds of other features, Amazon Lumberyard gives professional developers the tools and technology they need to build world-class games. With Amazon Lumberyard’s visual scripting tool, your designers and engineers with little to no backend experience can add cloud-connected features to a game in as little as minutes (such as a community news feed, daily gifts, or server-side combat resolution) through drag-and-drop visual scripting.

Using Amazon GameLift, a new AWS service for deploying, operating, and scaling session-based multiplayer games, you can quickly scale high-performance game servers up and down to meet player demand, without any additional engineering effort or upfront costs.

Amazon Lumberyard is integrated with Twitch so that you can build games that engage with the more than 1.7 million monthly broadcasters, and more than 100 million monthly viewers on Twitch. With Amazon Lumberyard’s Twitch ChatPlay, you can use a drag-and-drop visual scripting interface to create gameplay features in as little as minutes that let Twitch viewers use chat to directly impact the game they are watching in real-time. And, the Twitch JoinIn feature within Amazon Lumberyard helps you build games that let Twitch broadcasters to instantly invite their live audiences to join them side-by-side in the game, with a single click, while others continue to watch.

For more information on the new Amazon Lumberyard jump over to the official website for details via the link below.