The Acer Iconia W4 which is fitted with Intel’s new line of powerful and energy efficient processors has been caught on camera this week, or rather camcorder in a video which show us a first glimpse of the new Acer Iconia W4 in action. 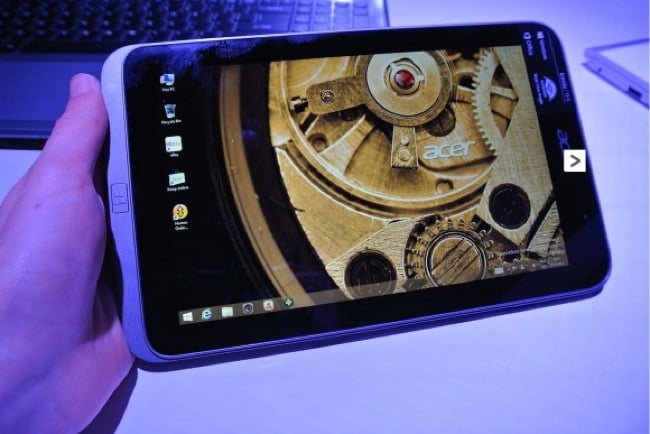 In comparison the older W3 tablet is powered by a dual-core Intel Atom “Cloverview” Z2760 with a speed of 1.5 GHz, supported by 2GB of RAM and 32 GB of storage, together with a 8.1-inch display offering a resolution of 1280×800 pixels.

The new Acer Iconia W4 has the same screen size and resolution of the W3 but has an IPS display on offer. The Acer Iconia W4 is expected to sell for around €330 or $450 however no date has been set for its launch by Acer at the present time.