Japan’s NTT DoCoMo and NEC have announced a new Android smartphone, the NEX Medias W which comes with not one but two 4.3 inch displays, and each display features a resolution of 540 x 960 pixels.

The NEC Medias W is powered by a dual core 1.5GHz processor and it also comes with 1GB of RAM and 16GB of built in storage, plus it features a microSDHC card slot for extra storage. 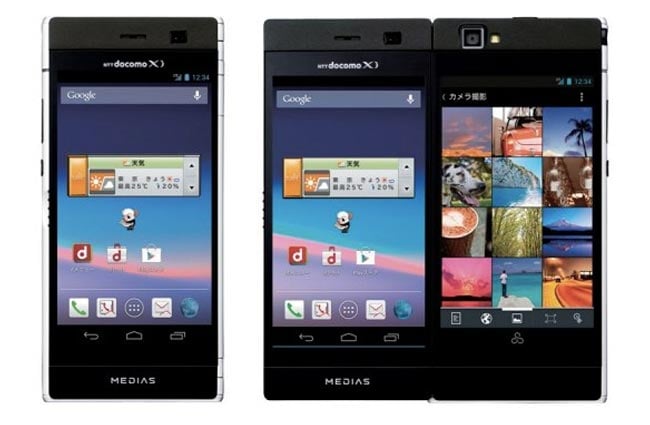 Other specifications on the NEC Media W include an 8 megapixel camera, and it will come with Android 4.1 Jelly Bean, and will launch in Japan in April, there are no details on pricing and also no details on whether it will be available in other countries.