Details have been revealed of another new Android smartphone from Motorola, not the Moto G which will be announced this month, this new device will apparently be called the Motorola Falcon, the handset comes with the model number XT1032.

The Motorola Falcon will come with Android 4.4 Kit Kat and will feature a Qualcomm Snapdragon S45 processor with a clock speed of 1.2GHz, the device will also come with a 3.5 GPU, no details on RAM, although we would expect at least 1GB. 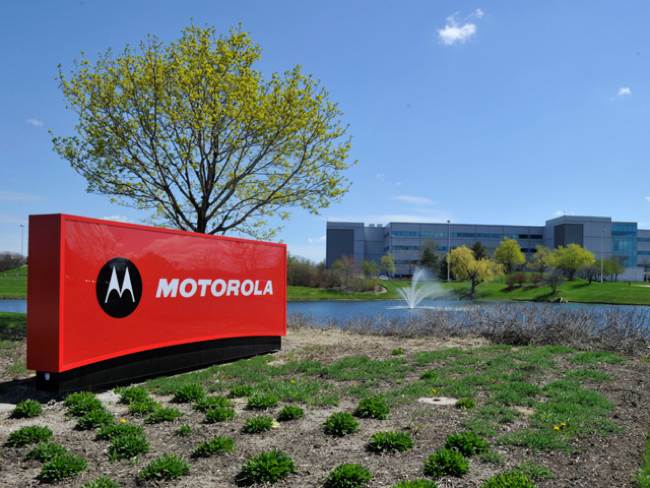 Other details that were revealed in the benchmarks are the screen resolution of the Motorola Falcon, which will be 1196 x 720, as yet we do not know exactly what size the display with be.

The Motorola Falcon will be the company’s first Android smartphone to come with a built in fingerprint scanner, and it looks like the device may launch in China. 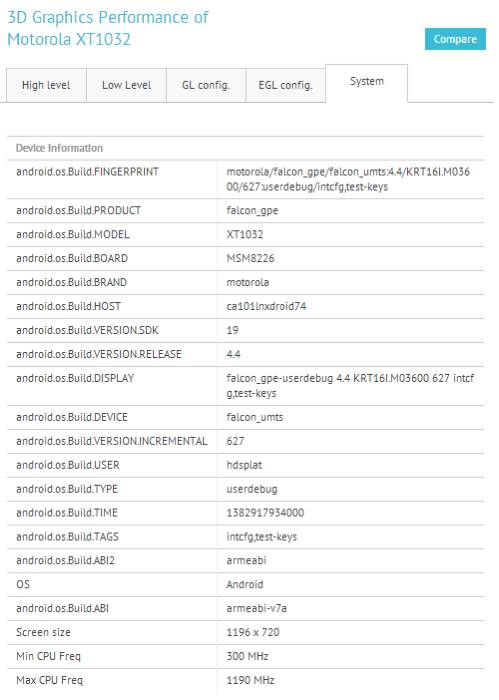 The Falcon is expected to launch in China with China Mobile, China Telecom and China Unicom, it is not clear as yet on whether the handset will launch in the US and Europe.

Unfortunately those are the only specifications we have on the handset so far, as soon as we get some more information and also a photo of the new Motorola Falcon, we will let you guys know.