Last week we heard about some new Motorola smartphones, one of those is the new Motorola Droid Ultra, and now a placeholder page for the handset has appeared on Motorola’s website.

According to the placeholder page for the Droid Ultra, the handset will feature a Kevlar body, the device will also be thin according to the tag line that appeared on Motorola’s website have a look at the photo below. 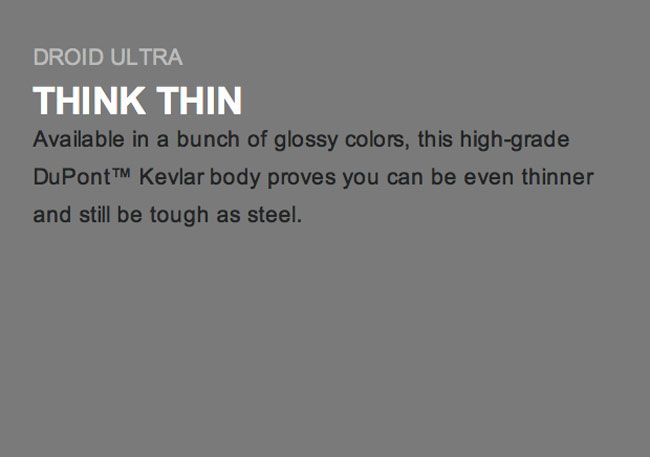