Researchers at MIT has created a new camera that is capable of capturing one trillion exposures per second. Enabling it to capture light as it travels down the length of a one-litre bottle and back again, after the light has bounced off the cap. The new camera uses a new technology called a streak camera, which uses a narrow slit as its aperture. Watch a video of the camera in action after the break. 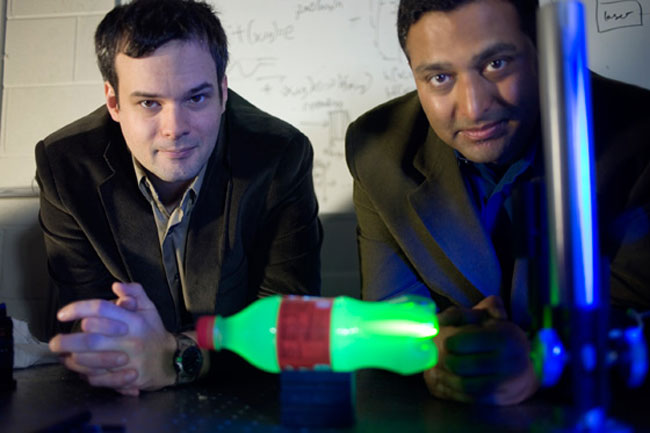 One of the system’s developers, Media Lab postdoc Andreas Velten, says its the “ultimate” in slow motion. Explaining “There’s nothing in the universe that looks fast to this camera,”.

Particles of light — photons — enter the camera through the slit and pass through an electric field that deflects them in a direction perpendicular to the slit. Because the electric field is changing very rapidly, it deflects late-arriving photons more than it does early-arriving ones.