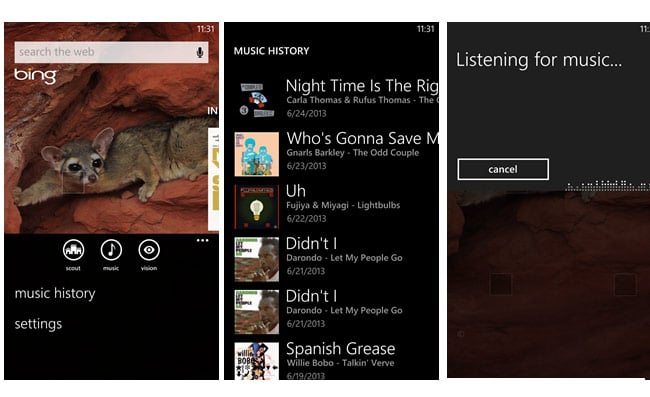 Bing Audio is already available in Australia, Canada, France, Germany, Italy, Spain, the UK, and the US. If you’re not used Bing Audio before it works in a similar way to Shazam in that it allows you to identify music you might be listening to and match it to the song title.

If you ever want to go back and see a song Bing Audio identified in the past, just go to Music History, which you’ll find by tapping the Search button, then tapping open the More menu.Microsoft explains a little more.

“Bing Audio is one of those Windows Phone features that, once you know it’s there, you find yourself using all the time. (Yes, I’m the weird guy waving my phone in the air at coffee shops and bars, inside the car, and in front of the TV.) The good news is that now more of you will have a chance to try it.”

For more information on Microsoft’s Bing Audio service jump over to the Windows Blog.