Microsoft has today announced that they are making their mobile Windows operating system free for mobile devices such as smartphones and tablets with screens at are 9 inches or less in size.

The new Windows free version is already now available for smartphone and tablet manufacturers but are developing mobile devices with screens 9 inches or smaller. 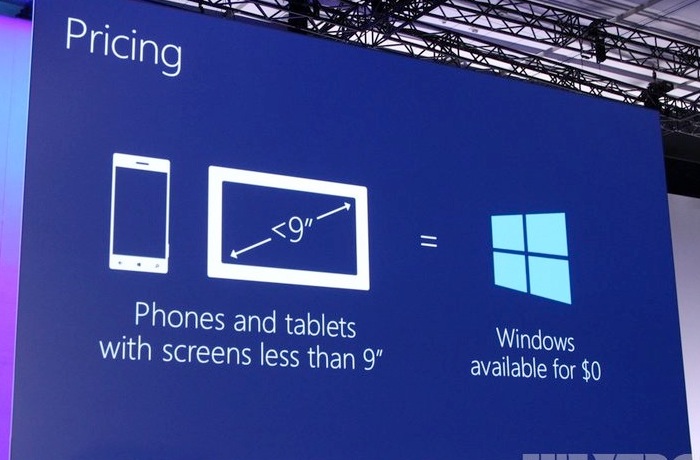 The announcement follows on for the recent price cut Microsoft made to their Windows 8.1 licenses which was slashed by a massive 70 percent for some PC manufacturers. Microsoft refers to the new, free version as “Windows for Internet of Things,” and is including a free year of Office 365.

Microsoft is also planning to offer a free version of Windows for low-power “Internet of Things” devices in the near future. As more information is released by Microsoft regarding these plans we will keep you updated as always.