It has come to light that Microsoft has seemingly registered a few strange domain names over the past couple of days, which include the domains: sony-microsoft.com and microsoft-sony.com.

The intriguing domains have been registered on the July 13th but no details as to why or what the two companies might be planning is known as yet. Could it be a new line of smartphones powered by Microsoft’s Windows Phone 7 operating system? 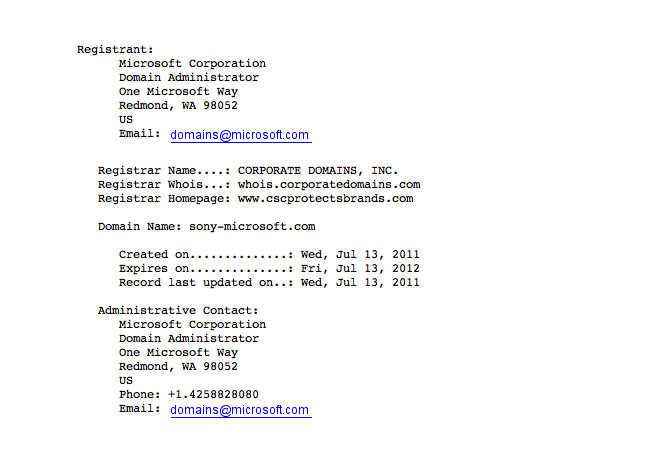 Originally Sony Ericsson were announced as launch partners for Windows Phone 7, together with prototype smartphones running the software were pictured, only to be scrapped before the official launch. As always if anything come to light we will let you know.