Whilst Microsoft [MSFT] Surface Computer looks very interesting and certainly would be a lot of fun to use, there is one major drawback with it, it’s expensive. Now it looks like Microsoft is working in a new version of the technology which may put it within the reach of the average user, Microsoft Mobile Surface.

Microsoft Mobile Surface links a mobile phone to a camera and a projector, the screen is then projected onto a flat surface and the user can then interact with the Mobile Surface. 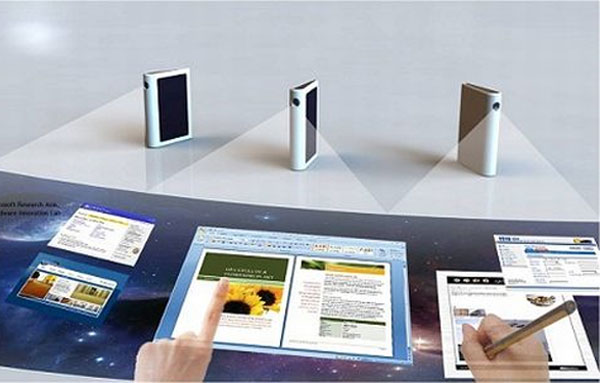 As you can see from the video it certainly looks very interesting, quite similar though to some concepts we have seen before. Obviously the equipment featured in the video is quite large, no doubt when the technology is developed further-the camera and the projector will be integrated into the mobile Phone.

I wonder how long it will be before we see our mobile phones with this technology built in.