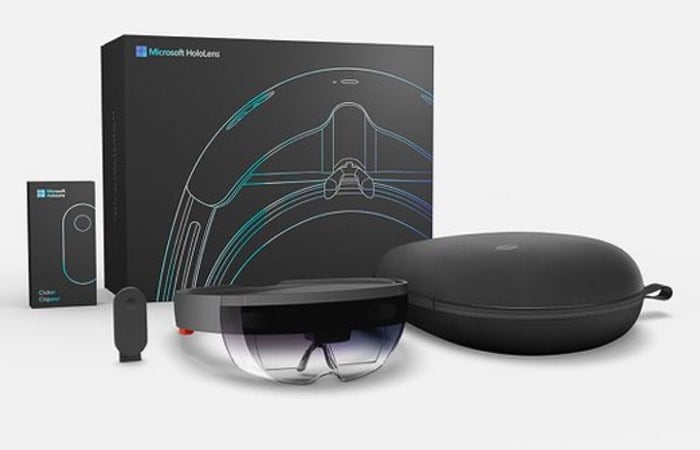 Since its unveiling and subsequent onstage demonstrations, the HoloLens specifications for the new Microsoft augmented reality headset have been kept under wraps by Microsoft. Leaving rumours to circulate about exactly what hardware maybe included in the $3,000 HoloLens AR headset.

This week Microsoft has put and end to all the rumours and has finally released full specifications for the Microsoft HoloLens headset listing details for the processor, on-board storage, RAM and cameras.

Check out the video below to learn more about what you can expect from the Microsoft HoloLens headset.

Even though the Microsoft HoloLens is equipped with 64GB of internal storage this is reduced down to just 54GB after the installation of the operating system. Some sizes for consideration include :

The $3000 cost of the Microsoft HoloLens is most likely absorbed by the sensors which are also included in the package that transforms your room into an augmented reality environment.