Microsoft has just released new images of its dual screen Courier tablet. The Courier will be going up against the new Apple iPad and looks as thought it might be a worth contender from the specifications and images at this early stage.

The Microsoft Dual Screen Courier is less than an inch thick, weights just over a pound, incorporates two 5 x 7 inch screens, has a built in camera and NVIDIA Tegra 2 graphics. Not at all bad for such a small device that runs a version of the Zune HD and Windows Phone 7 interfaces. 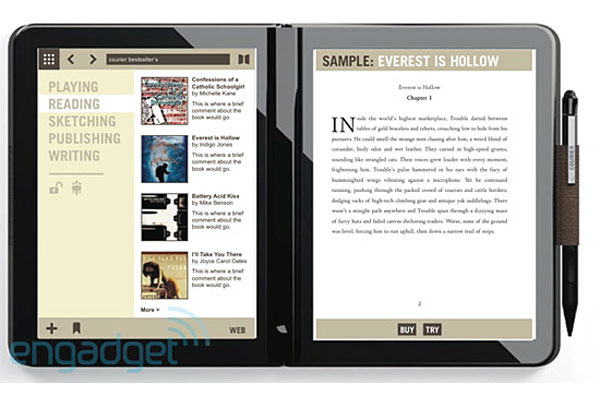 Via Slippery Brick Via Engadget