There are a few brilliant reasons why the i-ELOOP braking system is some sort of trend-riding innovation. Ignoring the fact that it’s a boring car part, the i-ELOOP (that’s intelligent energy loop) is the closest an internal combustion car can get to being a full fledged hybrid. For the detailed explanation, hit the jump and be amazed! (Sorry.) 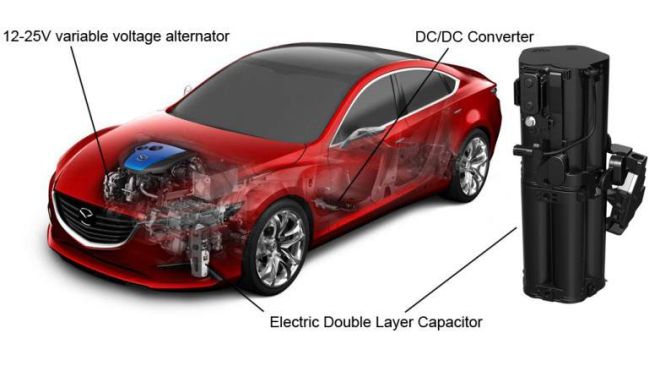 Okay, to leave out the boring science-engineering details, the i-ELOOP is a capacitor assisted braking system that utilizes kinetic energy to charge a car’s ‘electric components.’ This is the real clincher, because Mada;s whole capacitor based initiative is a massive effort to be more fuel efficient. To this end, Mazda claims the i-ELOOP is capable of a robust 10% more fuel economy.

According to its grand plans, the i-ELOOP will start appearing in cars next year.