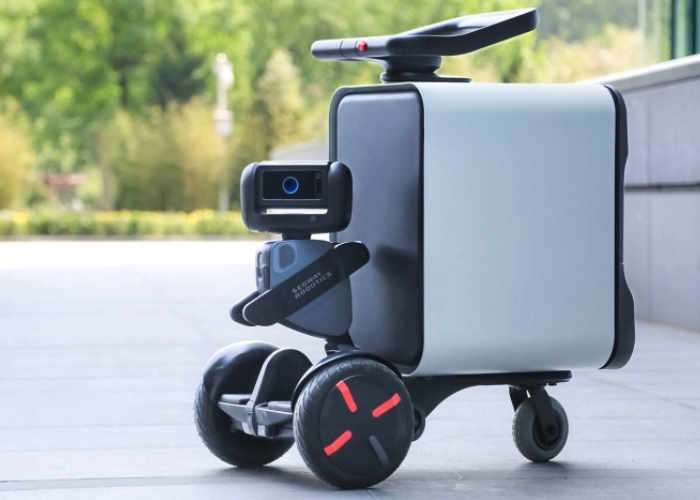 Segway have this week unveiled a new autonomous delivery robot they have created in the form of the Loomo Go which is capable of creating its own 3D and 2D maps to aid navigation in real time.

Loomo Go was unveiled by Intel at the AUVSI XPONENTIAL 2017 and was demonstrated by Intel CEO Brian Krzanich. Watch the demonstration video below to learn more about Loomo Go’s autonomous technology and delivery system.

The first robots created by Segway were unveiled at the beginning of 2016 and as the demonstration reveals the cute robot can also be used as a traditional Segway if required. The Intel RealSense camera enables depth-sensing, face recognition and person tracking.

Loomo is also equipped with Advanced artificial intelligence processing and computation, powered by an Intel Atom Processor inside. For more information on Loomo jump over to the official Segway website by following the link below.