Logitech has unveiled a new addition to its range of iOS docks with the unveiling of its new iPad Bedside Dock. The new iPad compatible charging dock and speaker also doubles as an alarm clock and allows you to wake either by listening to your own tunes or using the built-in alarm and radio. 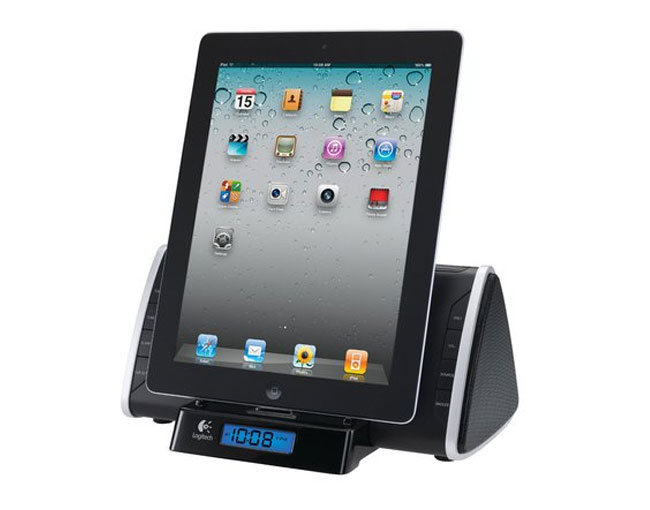 Logitech’s Bedside Dock is equipped with stereo speakers and includes a bass enhancer feature and enables you to charge your iPad when the speaker within the dock is turned off.

The Logitech iPad Bedside dock will be arriving during October in Singapore for around $99. No worldwide shipping details have been released by Logitech as yet.