After a couple of name changes from CloudLight to LightCloud and then Light due to worldwide trade marking issues, The Light by MooresCloud has now been announced.

Bringing a programmable open source Linux powered LED light source to the masses, watch the video after the jump to learn more about the Light By MooreCloud project and see it in action. 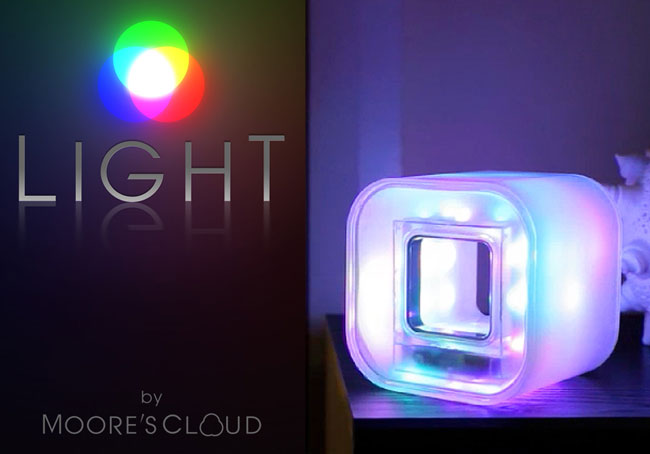 The Light is basically a transparent cube equipped with a number of LED lights which are then connected to a small computer processor running Linux, and fitted with both Wi-Fi connectivity, accelerometer and a web server. Enabling the Light to be able to run applications that then change the colour of the light, and can be controlled via mobile devices.

Tomorrow the Light will be launching a Kickstarter campaign to raise AU$700,000 to help The Light make the jump from concept into production. Mark Pesce, one of the inventors, explained it as

“illumination as a service.”-“Because it’s a full computer running Linux inside, essentially what you can do with it is bound only by your imagination,”.

So if you think the Light is something you could benefit from, visit the Kickstarter website tomorrow to make a pledge and help the Light become a reality.