We have featured a number of different concepts here on Geeky Gadgets for combining devices together, and Asus have taken the idea mainstream with the Asus Padfone. Which combines a smartphone and tablet together into one unit to share processing power and features.

Designer Prashant Chandra has taken the concept one stage further and incorporates , a camera, smartphone, tablet and notebook in to one device. Enabling them to all to share features and processing power and be charged and synced at the same time. 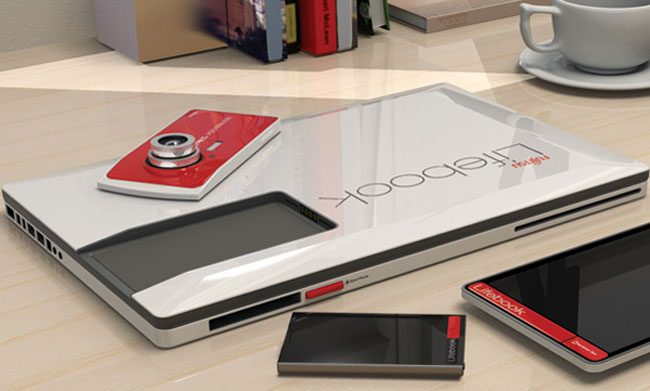 The notebook doesn’t have a keyboard of its own but uses the docked tablet as a touch screen input device. Also when the camera is docked it doubles as a web camera and automatically transfers your photographs to the main notebook and syncing.

When the tablet is docked with the notebook it can also be switched from keyboard mode into a dual screen notebook allowing users to use the tablet as a sketch pad. The smartphone docks in to the front of the notebook providing extra processing power and battery life when required.

Unfortunately the system is still just a concept at the moment, but with companies like Asus already combining smartphones and tablets together, we probably don’t have long to wait for mainstream solutions to start to appear in stores. 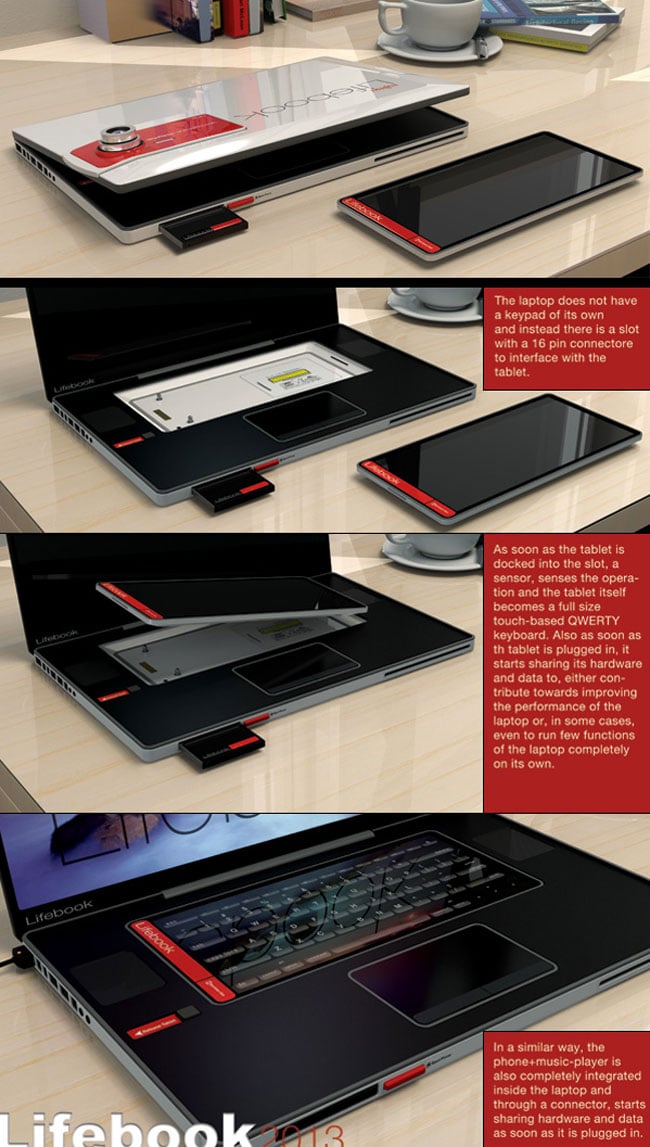