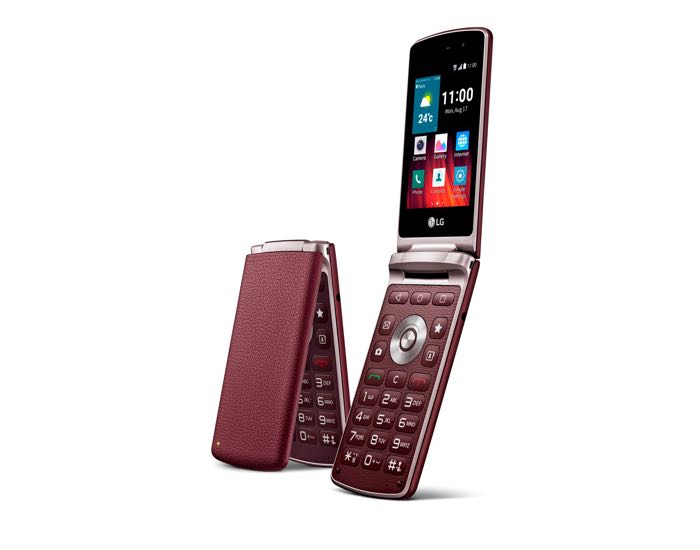 The LG Wine Smart is an Android flip phone that has been available in South Korea as the LG Gentle and the handset will now launch internationally.

The handset comes with a 3.2 inch HVGA display with a resolution of 480 x 320 pixels and it also features a 1.1GHz quad core processor.

“Our goal with LG Wine Smart was to create a smartphone that fans of flip phones could embrace,” said Chris Yie, vice president and head of marketing communications for LG Mobile Communications Company. “Consumers shouldn’t have to miss out on the smartphone revolution because they prefer a particular phone design over another. With LG Wine Smart, they won’t have to.”

Other specifications ion the handset include 1GB of RAM, 4GB of built in storage and a microSD card slot. The device also has a VGA camera on the front and a 3 megapixel camera on the back.

It features a 1700 mAh removable battery and comes with Android 5.1.1 Lollipop, as yet there are no details on pricing, as soon as we get some more information, we will let you guys know.