LG has shown off their 55-inch curved OLED TV screen quite a bit since CES, the Consumer Electronic Show. Yesterday the company showed pictures of the final production models that had just rolled off the line along with a press release stating that the TVs would be shipping in the next few days.

The 55-inch curved OLED TV will initially cost about $13,500. It weighs 17kg and is held together by a carbon fiber reinforced plastic frame. In the picture you can see one of the first production models along with some of the staff from the production facility. 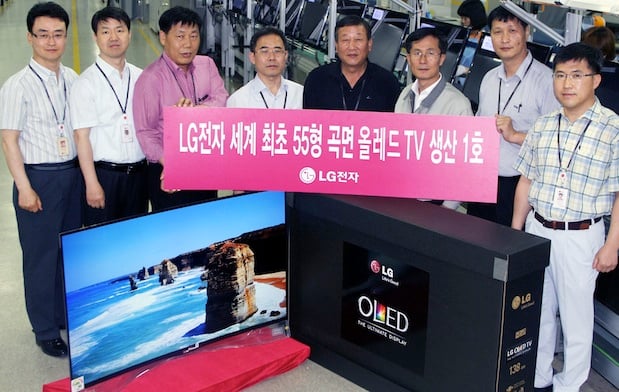 Don’t look at me. I’m just repeating what LG said back in April when it first announced the televisions existence.  Maybe it really does allow for better picture quality. I’ll probably be buying a new car before I put $13,500 into a TV though.

What do you think? Is it really with the price tag?