It looks like LG is getting ready to announce a new version of its Optimus Vu smartphone, the LG Optimus VU, as a photo of the device along with the handsets specifications has been leaked.

The LG Optimus Vu II will be a 4G LTE device and will come with a 5 AH-IPS LCD inch touchscreen display with a resolution of 1024 x 768 pixels, the device will come with Android 4.0 Ice Cream Sandwich. 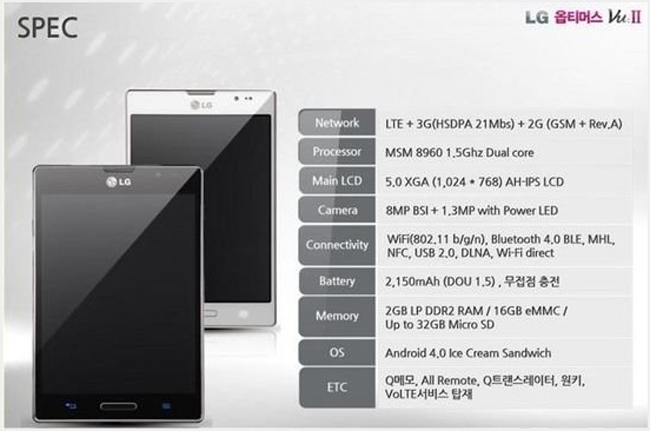 Other specifications on the LG Optimus Vu II include a dual core 1.5GHz Qualcomm processor and 2GB of RAM, plus an 8 megapixel camera with an LED flash and a back side illuminated sensor.

There are no details as yet on when the new LG Optimus Vu II will be available and also no details on how much it will retail for, as soon as we get some more information we will let you guys know.