The photo below was taken direct from LG’s website, and it shows the LG Optimus Dual 2, with Android 4.3 Jelly Bean, whether or not the handset is shipping with Android 4.3 remains to be seen. 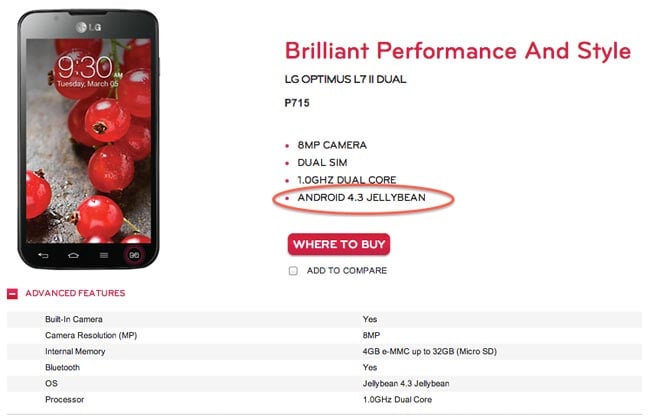 We suspect that Google will officially announce the new Jelly Bean shortly, as soon as we get some more information on when the latest version of Android is going to be released we will let you guys know.

As yet we do not know what new features will be launching in Android 4.3, hopefully we should have some more information shortly.