Recently, Lenovo revealed a bunch of Yoga tablets featuring display resolution of 1280 x 800 pixels with MediaTek processors onboard and price tags starting from $249.

Well, it seems as if Lenovo is working on more tablets with Full HD display, which will be powered by Qualcomm processors. An unannounced Lenovo tablet with model number B8080  showed up on GFXBench benchmarking websites, carrying a resolution of 1920 x 1200 pixels. 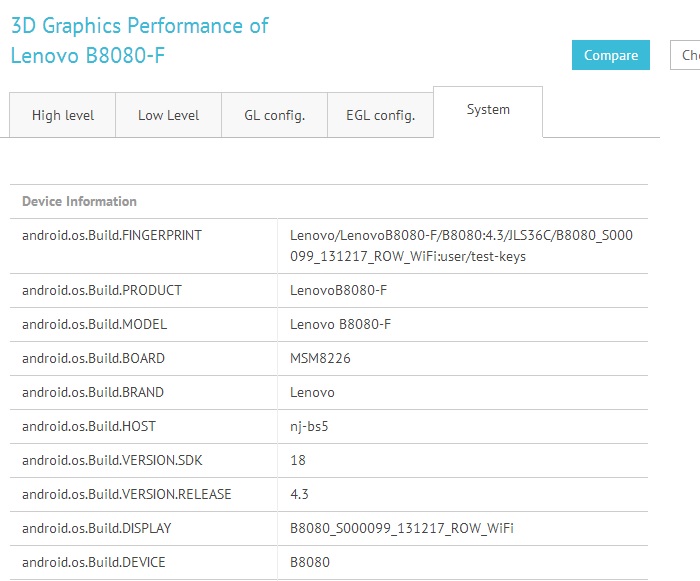 According to the GFXBench listing, the tablet comes with a MSM8226 board which if you don’t know is Qualcomm Snapdragon 400 clocked at 1.5GHz and Android 4.3 Jelly Bean on top of it. Snapdragon 400 may not be the most high-end processor in  Qualcomm’s lineup but it can still give a decent boost in the performance of the tablets.

There are no details about other specifications of the device or when it’s going to release. But, we might be looking at an upgraded tablet from Lenovo, which may take the center stage at one of the upcoming events, either CES 2014 in January or Mobile World Congress 2014 which will take place in Barcelona in late February.

We’ll update you as soon anything pops up about its specification, launch or pricing. Stay tuned to Geeky Gadgets.