Lenovo X1 Carbon is the lightest 14-inch ultrabook, weighing almost 2.9lbs and is only 17.7mm thin. The Ultrabook comes with a 14-inch WQHD touch display boasting a resolution of 2560 x 1440 pixels, with a HD+ display options as well that comes with a 1600 x 900 pixels resolution. The tablet is made from Carbon Fiber, which is the same material used in aircrafts and racing cars. 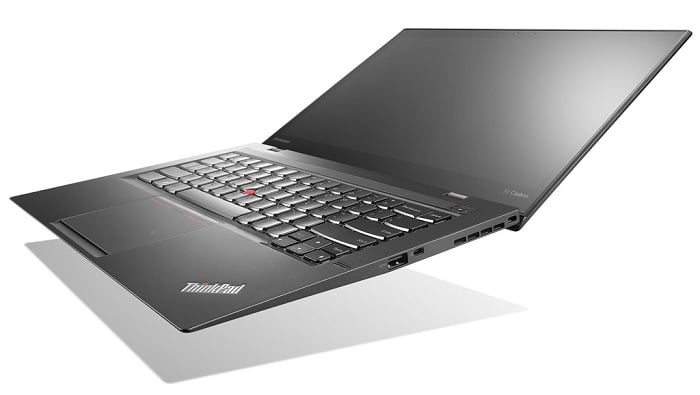 “Lenovo continues to push the boundaries of design and technology as we aspire to create the best products in the market. Our obsession in the pursuit of perfection is evident with these smarter devices designed to enhance the way people interact at home and at work,” said Peter Hortensius, SVP and president, Think Business Group, Lenovo. “The ThinkPad X1 Carbon delivers a stunning user experience with the best professional display and new interactive methods and represents another step in our PC plus journey.”

The Ultrabook is powered by a 4th generation Intel Core i7 processor wit ha 512GB SSD storage, with up to 8GB of RAM on board. The X1 Carbon features Adaptive Keyboard technology “which dynamically adjusts based on the software or application being used to highlight the most relevant keys.”

It also features gestures and voice controls to make the most out of the ultrabook in a modern way. The device also comes with Rapid Charging technology giving users 80 percent charge in an hour, and claims to provide users with a battery life of up to 9 hours. For those who travel, the ultrabook comes with built-in 4G connectivity as well.

Lenovo ThinkPad X1 Carbon pricing starts at $1299, and will hit retail in late January. Additionally, the OneLink Dock Connector is available for $179.