Kooberz Studios have created a fantastic recreation of the Modern Warfare 3 trailer completely out of lego bricks, right down to the flames and helicopters. Watch the amazing stop motion video after the jump. 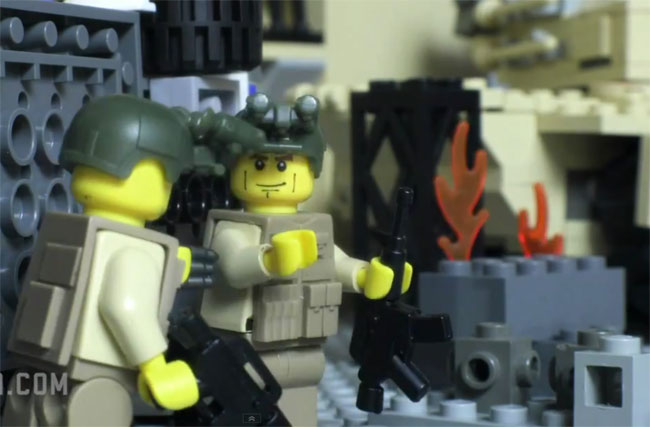 You can view the original trailer for Modern Warfare 3 by clicking here. After launch MW3 wen ton to break all game sale records both on launch day and within its first week of release selling a massive 9.3 million copies of the game on launch day alone. Breaking the developers previous record of 7m copies on launch day with Black Ops a year ago.

“A reported 1.5 million people queued at midnight globally to get their hands on Modern Warfare 3, with a total of 9.3 million copies sold on the first day” – As a whole, Modern Warfare 3 is up 33% over Black Ops’ first day sales, and a whopping 55% up on the previous Modern Warfare. the US and the UK combined account for 7 million, which is just over 75%.”