Lego builders and Lord of The Rings fans are sure to enjoy this awesome diorama created as a promo centrepiece for a store in Oslo, Norway, by master lego builder Daniel Z.

The Lego model of the Helm’s Deep battle from the second book of Lord of The Rings, The Two Towers, doesn’t include any official Lord of the Rings Lego kits and has been made-up from standard pieces, and includes the exploding castle wall and details of the battle, as it unfolds. 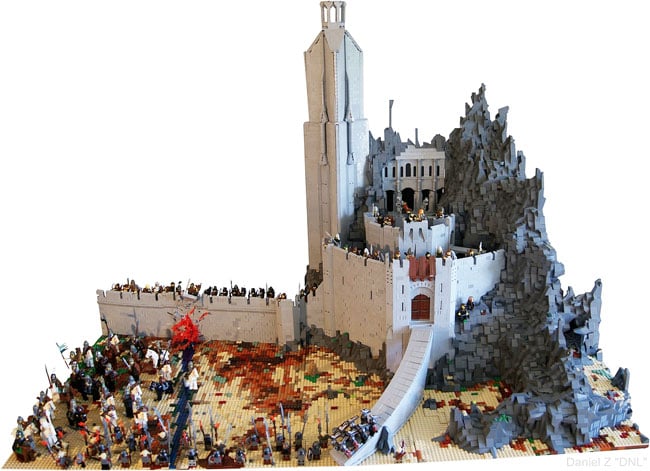 You can check out the official Lord of The Rings Lego mini figures and Lego kits over on the Lego website. Which includes all your favourite characters and enemies from the books and films.