Well that didn’t take long, the newest iPad on Apple’s line-up has not been officially out for one full day and it has already been jailbroken, care of MuscleNerd of the Dev-Team. There’s no public release yet and even MuscleNerd admits there’s more work to be done, but they seem to have found a way to have the latest iPad, running on iOS 5.1, to be jailbroken in such a short span of time. 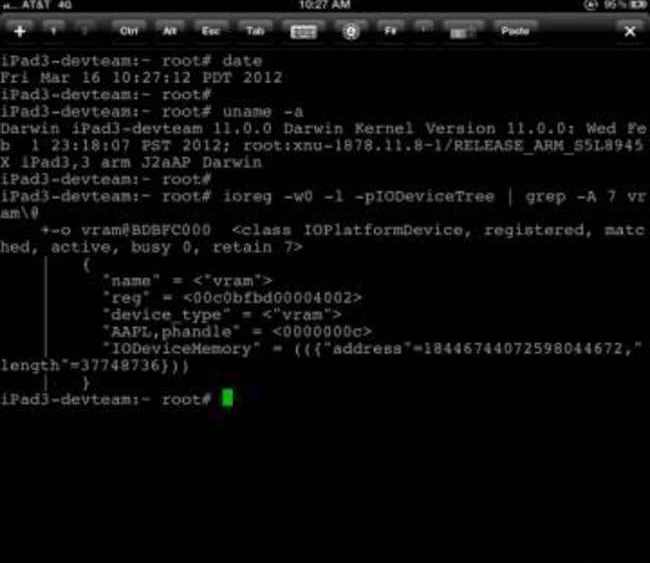 Above is a sample shot provided by MuscleNerd, who is well known in the jailbreaking community.

MuscleNerd said in his Twitter account that the jailbreak process still has a long way to go and what they have done so far is just the first step. But having done it so in just a short span of time is a clear indication that it might not take long before the latest iPad is fully jailbroken and a step-by-step guide provided to the public.