Mind you, that’s Higgs Boson. You might have been going Freudian and reading it Higgs Bossom. That would be very inappropriate of Higgs, wouldn’t it? Anyway, according to the news grapevine, people are getting pretty excited over at CERN. The vast underground science lab along the Franco-Swiss border is ground zero for proton smashing, which is supposed to produce traces of the illusive boson. 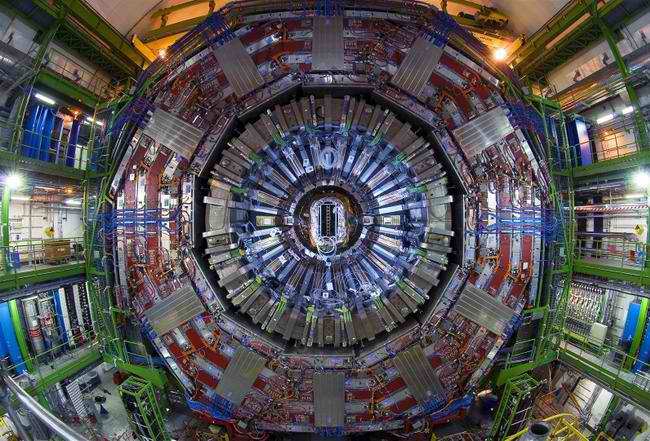 This quest for the illusive Higgs boson is a huge effort on the part of all the physicists and geniuses concerned because it answers a fundamental question about mass. The big reveal regarding the boson might come pretty soon too, as a round of presentations by CERN scientists take place to share their findings.

Seriously, there should be a movie about CERN and the goings on over there. Nope, Angels & Demons didn’t cut it, unfortunately.

Does anyone here think that a rock band somewhere should name themselves Hadron Collider?