I like my iPhone, but it drives me crazy to have to hold the thing or hover over it lying on the desk while I watch YouTube. It’s also irritating that the iPhone sucks down the battery like crazy when I watch video and goes dead fast.

Konnet has unveiled a new accessory for the iPhone, that is compatible with the new iPhone 4, called the PowerEZ Plus. The gadget is a small external battery about as wide as the iPhone that connects to the charge and sync port. 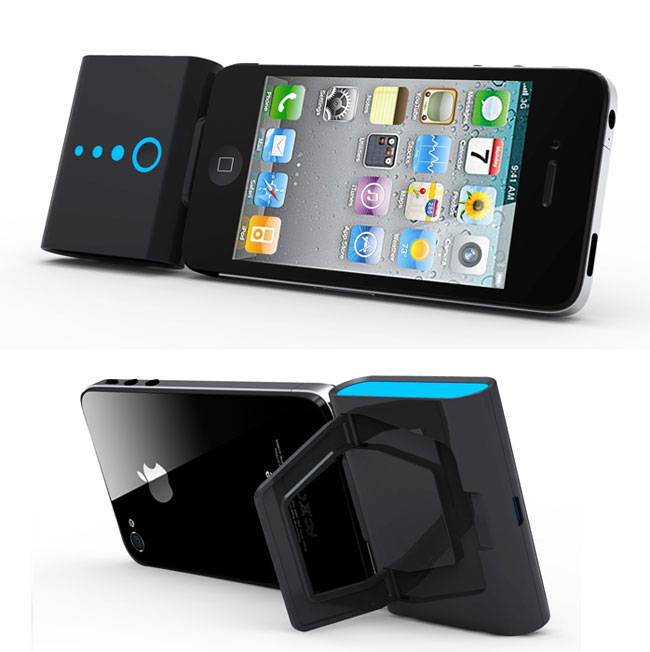 The battery is about half an inch thick and has 1000mAh of power inside the battery. The battery also has a kickstand on the back to stand the iPhone up for watching video. It sells for $29.99 and is available now. This device fixes both my issues with battery life and having to hold the iPhone for video playback.