JVC has today unveiled a new action cam they have added to their range of cameras in the form of the JVC GC-XA1 nicked named the “ADIXXION”, which is both water and dust proof.

The new JVC GC-XA1 action camera weighs just 126g and is fitted with a “quad-proof” for protection from the elements without the need for an extra casing as with the Go Pro range. 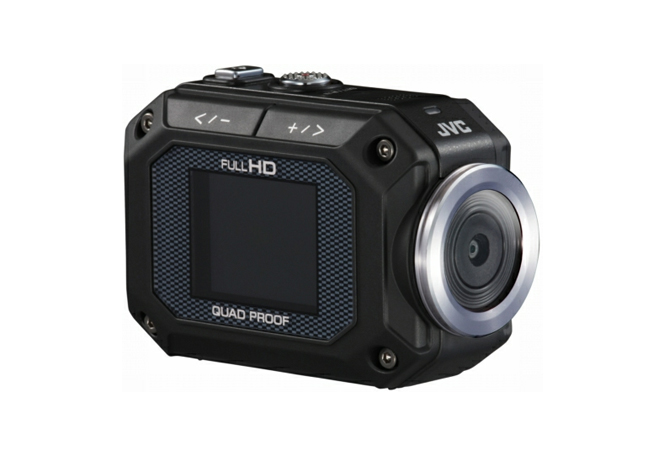 The JVC GC-XA1 action cam also has a built-in LCD for viewing your footage and built-in Wi-Fi for easily downloading your footage directly across a wireless network to either computer or your favourite social network.

The case of the JVC GC-XA1 also has two standard tripod holes for easy mounting and is equipped with a 5M CMOS Sensor, 5x Digital Zoom and takes SD/SDHC/SDXC cards. Unfortunately no information on pricing or worldwide availability has been released as yet by JVC.