The Japanese like some odd gadgets that some of us look at and wonder what sort of crack pot thought them up. The gadget here is one of those. It’s called the Beauty Lift High Nose and is made by Omni. 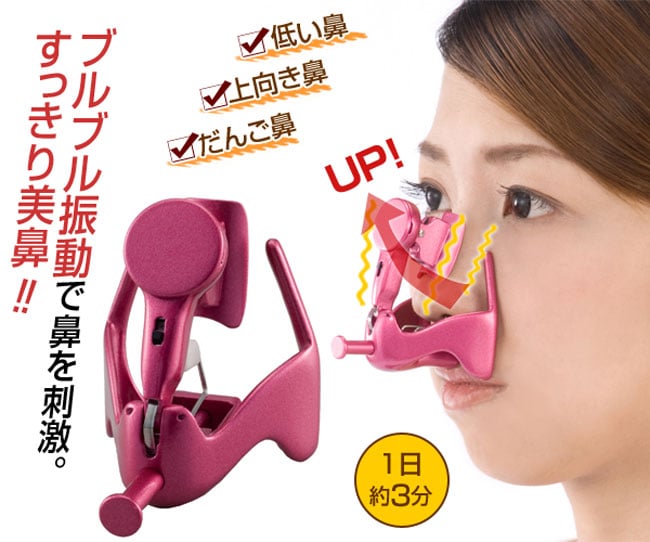 There is a reason plastic surgeons use a hammer and a chisel along with a really sharp knife when they change the shape of a nose. That is the only way changing a nose works. To make the thing even more ridiculous, it sells for about $144.