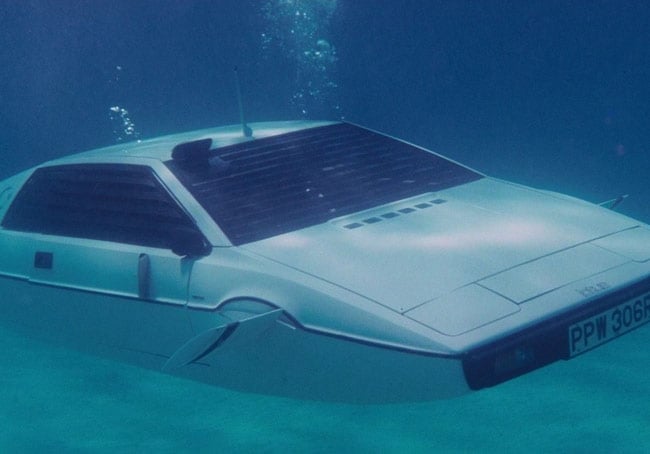 A one-man submarine was transformed to look like a Lotus Esprit and then a real Lotus Esprit was pulled up the beach using hidden pulleys to give the impression that the submarine transformed back into the sports car. The magic of the movies!

It’s not sure how much the Lotus Esprit submarine will fetch at auction but in 2010, the same auction house held the sale of the Aston Martin DB5 that featured in Goldfinger, which eventually sold for £2.6m ($4m). Max Girardo, Managing Director, RM Auctions, Europe, explained:

“We have a great track record in selling incredible and iconic movie cars, and this particular Lotus is certainly up there amongst the most famous cars of all time. Over the years, millions of moviegoers have stared in awe as the Lotus transformed itself into a submarine, and now, perhaps one of them will have an opportunity to own it. Her Majesty’s Secret Service aside, it surely is the ultimate beach accessory!”