The first give aways that Apples are working on iWorks for iPhone appeared in Steve Jobs keynote speech as a screen shot, then images appeared on Apples website and were quickly removed.

Now screenshots have been uncovered by 9to5mac.com for all three iWork applications: Pages, Numbers and Keynote. Take a sneak peak in the video after the jump. 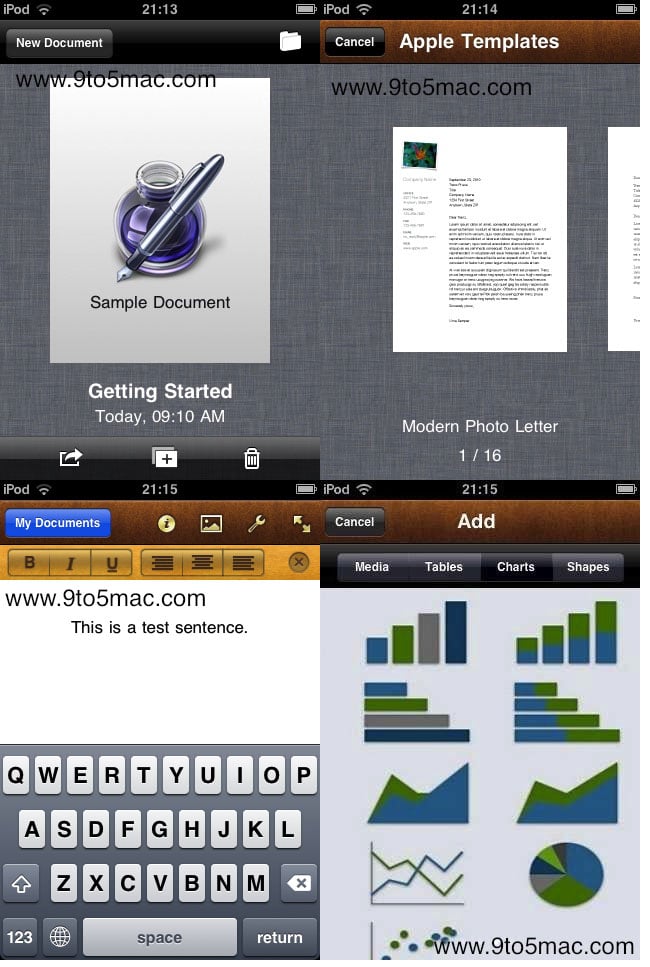 The images show the trio of applications working on the iPhone and iPod Touch. Apparently iWork will come with Pages and Numbers as a universal binary for all iOS devices. You can check out more screen shots at 9to5Mac