We were expecting Apple to launch its new iTunes Match service before the end of October, it would appear Apple are getting closer to releasing iTunes Match, as Apple has released a new version of iTunes Beta to developers which includes iTunes Match.

iTunes Match has now appeared on the Apple TV device, although the only people who are able to use iTunes Match at the moment are developers, who can activate the service via their Mac. 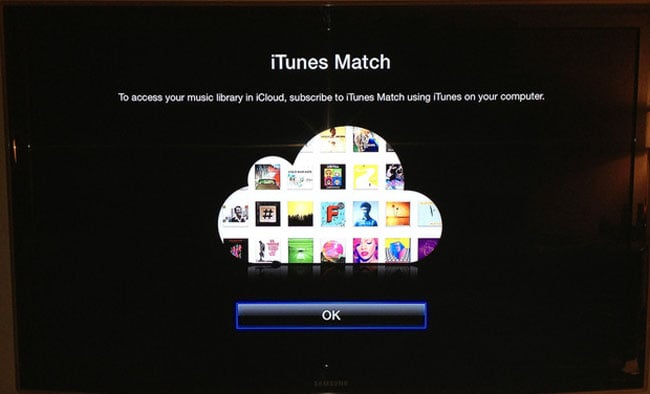 We suspect that Apple could possibly release iTunes Match some time next week, and the service will cost $24.99 a year and it will basically let you play any music you own in iTunes on any iOS device from the cloud.