Well that didn’t last long, yesterday we reported on a tethering application for the iPhone that had turned up in the iTunes App store, called iTether, and now Apple has removed the application form the app store. 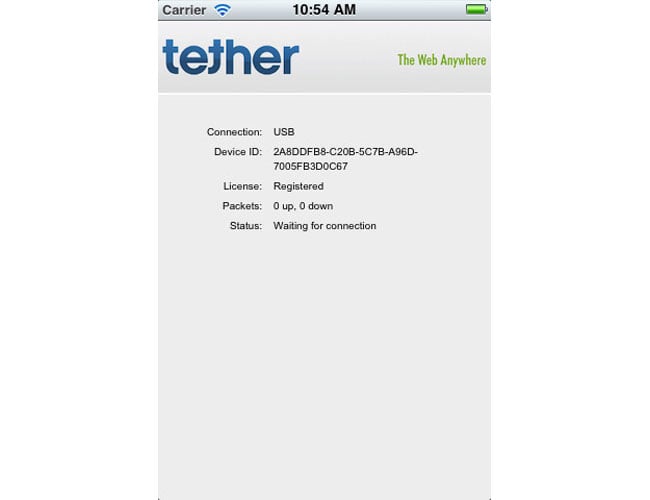 Around 12PM EST, Apple called our head office to let us know they were going to go ahead and pull our app iTether from the App Store. They stated it was because the app itself burdens the carrier network, however they offered us no way to remedy the solution… We were very clear when listing the app what the primary function was and they even followed up with several questions and requested a video demo then they approved the application.

It looks like anyone who has already purchased the application will still be able to use it, and the company behind the application has said that they are evaluating their options, although we suspect they really won’t have much of a chance of getting the app back in the app store.