We have featured a number of prototype laptops and netbooks with transparent displays here at Geeky Gadgets, and now we have the Iris transparent tablet concept, which features a transparent OLED display.

The Iris tablet concept is the work of designers Liu-Wei, Yao Kai-Chi, Hong Ruei Hong & Cheng Ya-Fang, and whilst it is only a concept at the moment, I suspect we will see tablets similar to this in the not too distant future. 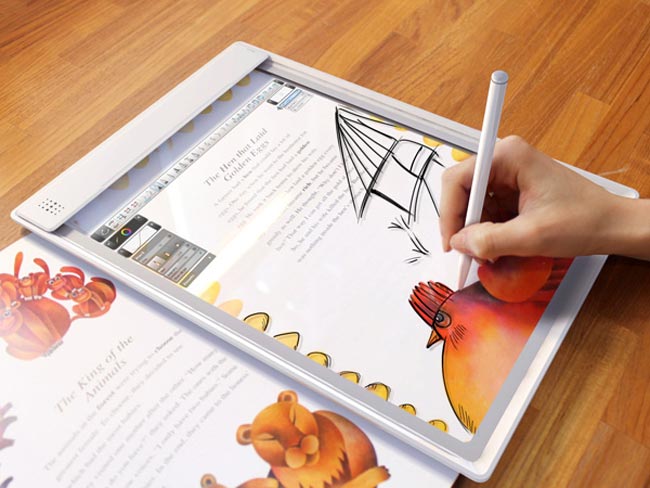 The Iris tablet is designed to recharge via wireless charging, and it would also be able to scan documents and be used with a number of Augmented Reality applications.