With the launch of the new iPhone 5 last week, sporting a similar camera to the existing iPhone 4S, you might be wondering what the differences are between the iPhone 4, 4S and iPhone 5 cameras. 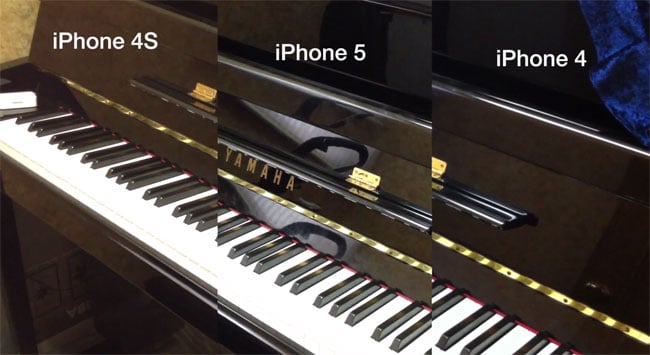 Even though the new iPhone 5 camera remains the same 8 megapixels as the iPhone 4S. Apple improved the cameras quality and enhanced its low light capturing capabilities, and added a new Sapphire lens.

The video has been created by Redmond Pie’s Steven Chi who has recorded camera footage from the iPhone 5, and iPhone 4 and 4S for you to compare.