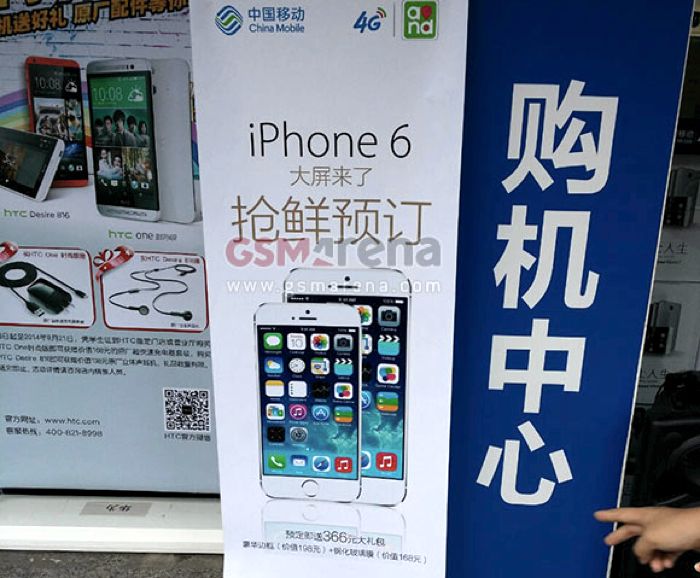 It looks like China Mobile has leaked the new iPhone 6 ahead of the official unveiling today, the photo above shows an advert for China Mobile and the iPhone 6, and as you can see from the photo, both versions of the handset are featured.

If this is the real deal, then Apple will announce both the 4.7 inch and 5.5 inch versions of the iPhone 6 today, what is interesting is that the calendar app on the handset has the date of the 10th of September.

This could mean that Apple will put both models of the new iPhone 6 up for pre-order tomorrow, the 10th of September, this would tie in with the rumored launch date of the 19th of September for both versions of the iPhone 6.

We recently saw some benchmarks of the the 4.7 inch iPhone 6, and also some camera samples from the new camera on the handset.

The handsets will also come with sapphire glass displays, an updated fingerprint sensor, plus a range of new features, and the next major version of Apple’s mobile OS, iOS 8.