Apple are expected to launch their new iPhone 5 some time next month, we have heard previously that the device will feature a slimmer design and a new 4 inch touchscreen display.

We have also heard that the iPhone 5 will be the first device to use Apple’s new Nano SIM card, which recently got approved as a standard SIM card, and now we have a photo of what is reported to the a new SIM tray for the iPhone 5. 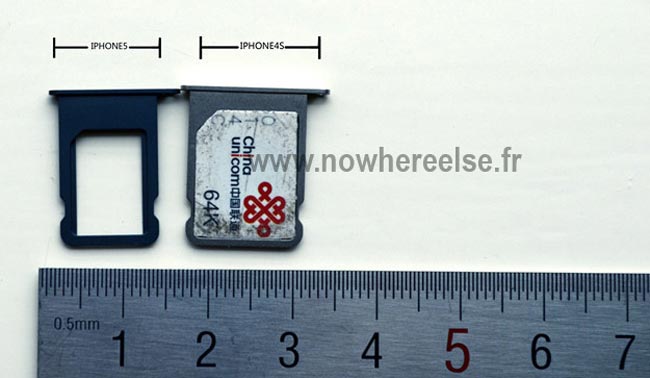 As you can see from the photo it looks quite a bit smaller than the SIM card tray in the iPhone 4S, which would also tie in with the slimmer design for the iPhone 5.

We have heard previously that European carriers are buying large quantities of the new Nano SIM cards for the iPhone 5 launch, to avoid the sitation they had with the launch of the microSIM cards in the iPhone 4 which lead to shortages.