Apple will be announcing the new iPhone 5 tomorrow, and one new feature that the iPhone 5 will have is that it will use Apple’s new Nano SIM cards, which are considerably smaller than the microSIM cards used in the iPhone 4S. 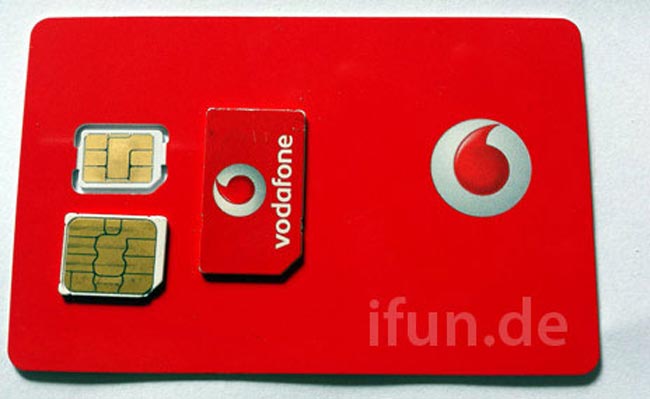 The Vodafone iPhone 5 Nano SIM card was posted online by the guys over at iFun, as well as a new Nano SIM card,the iPhone 5 is rumored to feature a slimmer design, a larger battery, a new dock connector and a new 4 inch touchscreen display.

We should have full details on Apple’s new iPhone 5 tomorrow, as well as the various other devices that Apple will be announcing which will probably include new iPods and may even include a new iPad Mini.