Yesterday we heard a rumors that the iPad 3 would feature an 8 megapixel camera, and now we have another rumor, this time about what processor will power the iPad 3.

We have head in the past that Apple will release a new A6 processor for the third generation iPad, now a photo has been revealed which is reported to be of an iPad 3 logic board and as you can see from the photo below it comes with an A5X processor. 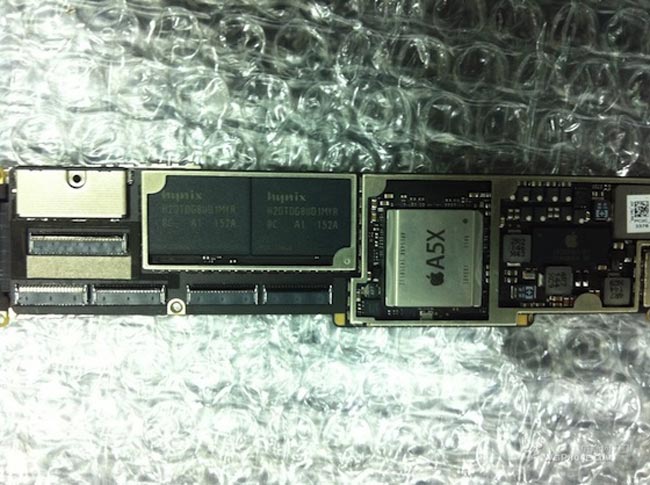 The A5X processor is reported to be an upgraded version of the existing A5 processor which is found in the iPhone 4S and the iPad 2, and according to the information that came with the photo, the one pictured was manufactured around November of last year.

The photo also shows a pair of 16GB flash chips on the logic board, plus a new power management chip with a different part number to that of the one found in the iPad 2.

We are expecting Apple to announce the new iPad 3 some time early next month, and the rumored date for the announcement is the 7th of March, as soon as we get some more information we will let you guys know.