Intel has released details of its Haswell architecture which will be released in 2013, and these new processors will be much more energy efficient than existing processor’s, using 20 less power than Intel’s 2011 processors.

According to Intel, the new processors will be capable of running your laptop for 24 hours on just one charge, and they will also be able to be powered by solar power. 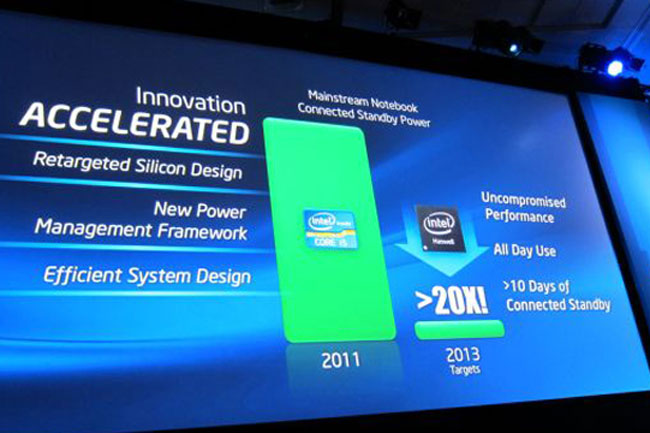 Intel recently showed off a Haswell based Windows computer that was running off solar power, that was being exposed to a light bulb, this certainly sounds very impressive.

Intel has also said that the new Haswell processor based laptops would be able to run connected to a wireless network in standby mode for up to 10 days.