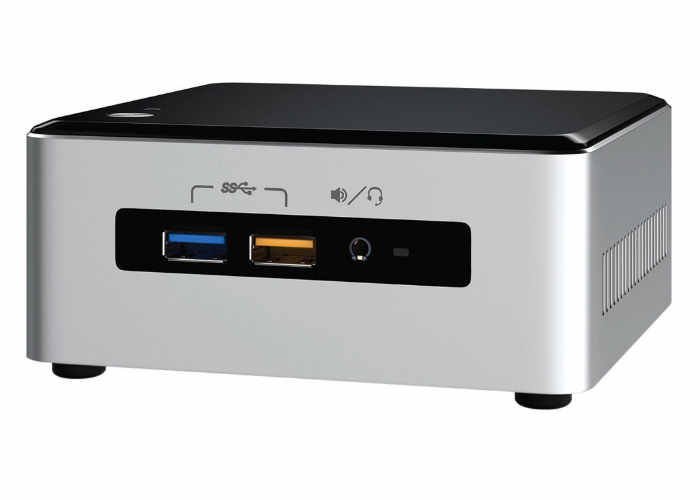 Intel have this week confirmed the specifications for its new Apollo Lake NUC mini computer, following on from the leaked documents that were discovered during the summer indicating that Intel was creating a new mini PC system equipped with an Apollo Lake processor.

The official mini PC will take the form of a NUC NUC6CAYB board equipped with a with a 10 watt Intel Celeron J3455 quad-core processor and will be available either as a barebones NUC6CAYH model with no memory, storage, or operating system. 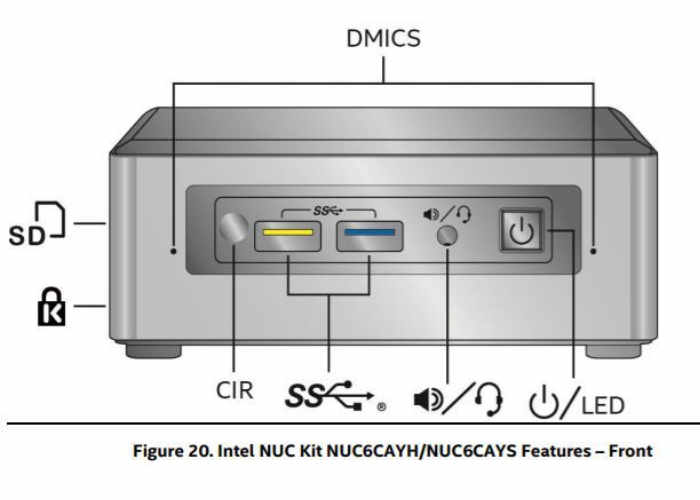 As well as a NUC6CAYS version that comes equipped with 2GB of RAM, 32GB of eMMC storage, and preloaded with Microsoft’s latest Windows 10 software. Other specifications of the new Intel mini PC include support for up to 8GB of DDR3L-1600 or 1866 memory. together with USB 3.0 and USB 2.0 ports, a 2.5″ drive bay for a hard drive or SSD, an SDXC card reader.

Display connections include HDMI 2.0 and VGA ports, and a mini TOSLINK jack for 5.1 channel or 7.1 channel audio, and Gigabit Ethernet with a M.2 2230 card offering connectivity to both 802.11ac WiFi and Bluetooth 4.2. Unfortunately no information on pricing or worldwide availability has been released as yet by Intel, but as soon as information comes to light we will keep you updated as always.