Recently, Instagram updated its official application for Windows Phone Store, with a bunch of bug and crash fixes, improvements to the user interface, along with addition of some new features to the application. The later update now give users the ability to tag people in the photos they upload and use photos in maps as well. 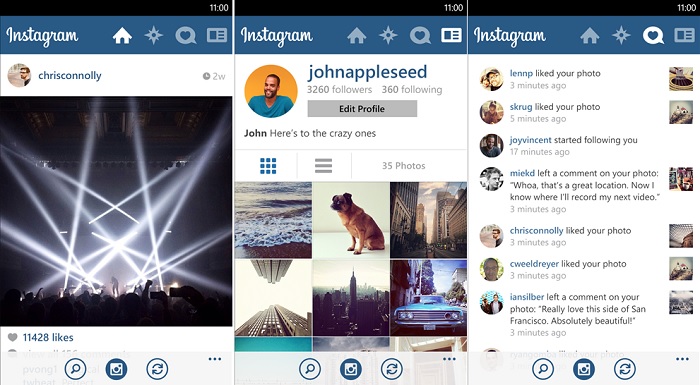 For those of you who don’t know about Instagram, it’s a photo and video sharing social networks that lets users add custom effects and filters to their photos and share them with their friends. Just like Vine, Instagram also added a feature that allows users to create mini clips of up to 15 seconds and share them online.

The application became popular on Android and iOS devices, and was later acquired by Facebook. The photo sharing social network current has over 150 million active monthly users, and received a warm welcome from Windows Phone 8 community.