ICEdot has partnered with SenseTech LLC to create a new ICEdot sensor and iPhone applications that will automatically alert your emergency contacts should you be involved in an accident.

ICEdot is equipped with a number of different sensors, including an accelerometer to detect three-dimensional forces, and rotational inertia, a common cause of injury to the brain in a crash, together with speed and force data. 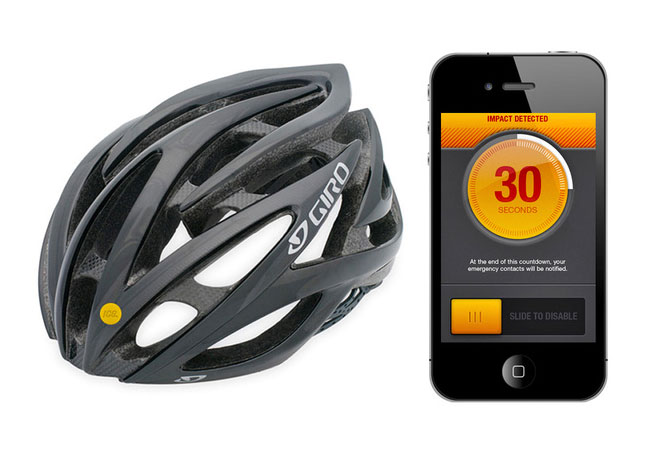 “The ICEdot- SenseTech relationship is an important partnership that will help cut down the time between injury and effective medical treatment, specifically as it may relate to those who sustain head injuries,”-“As an active cyclist, I know of accidents where people should not have continued on or were left unresponsive without help. This sensor, now coupled with the ICEdot service, assures individuals that in the event of serious head impact, they are aware of the types of forces that they have experienced, and if they are not responsive, emergency contacts can be immediately notified.”

The new ICEdot helmet sensor will be showcased at the Interbike trade show in Las Vegas later this month, and when it arrives in stores sometime next month is expected to be available to purchase for around $200.