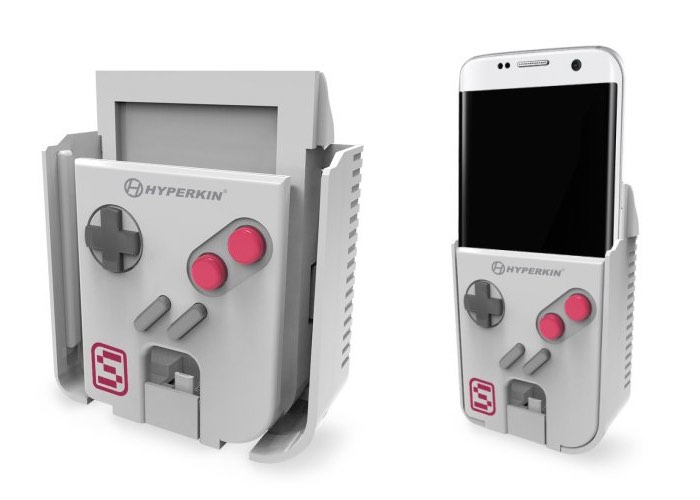 First unveiled back in April 2015 the Hyperkin Smart Boy smartphone games console adapter that transforms your mobile device into a portable games system complete with support for cartridges. Has this week demonstrated a fully working prototype at the E3 2016 games conference.

The company also announced the availability to pre-order a Hyperkin Smart Boy Developer Kit for $60 and is expected to start shipping its hardware sometime towards the end of the year possibly in December 2016.

When the smartphone games console adapter was first unveiled the concept was specifically intended for Apples iPhone device but now the developer kit is designed for use with Android phones and features a double sided USB port for connecting your smartphone.

We built the Smartboy. YOU can make it great. The Smartboy Development Kit attaches to Android smartphones, turning the phone into a handheld gaming device. It will be compatible with Game Boy and Game Boy Color cartridges. Included in the kit is an open source serial app and firmware, which will enable developers of all kinds to advance Hyperkin’s current build toward a retail-ready model.

For more information on the new Hyperkin Smart Boy jump over to the official website for details by following the link below.