HULC is a powered exoskeleton which is being developed by Lockheed Martin for soldiers and military personnel. The HULC exoskeleton mimics the human form and enables the wearer to carry increased loads over longer distances.

Described as ‘wearable robot’s’, exoskeletons sense what the users body wants to do and go and then mimics these motions. Check out the video after the jump. 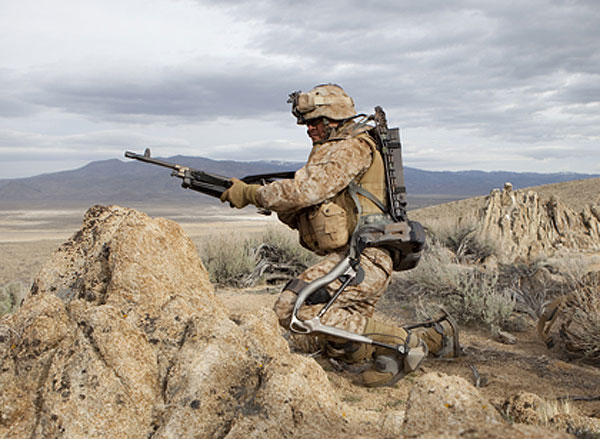 The exoskeletons are fitted with li-ion batteries at present which run low within a couple of hours. Lockheed are now working with Protonex to develop a three-day fuel cell power pack.  Protonex as experience with military fuel cells for the US Army, using proton-exchange-membrane cells running on reformed methanol fuel.

The HULC Super-soldier Exoskeleton is still in the development stage at the moment but it is hoped that US troops will begin using the exoskeleton in early summer this year.