If you are in the market for a slightly more powerful Android set-top box and media player, you might be interested in a new devices called the Huawei MediaQ M310 which was showcased at CES 2013 earlier this year.

The Huawei MediaQ M310 is powered by a HiSilicon K3V2 ARM Cortex-A9 quad-core processor supported by 1GB of RAM and is fitted with Vivante GC4000 graphics. 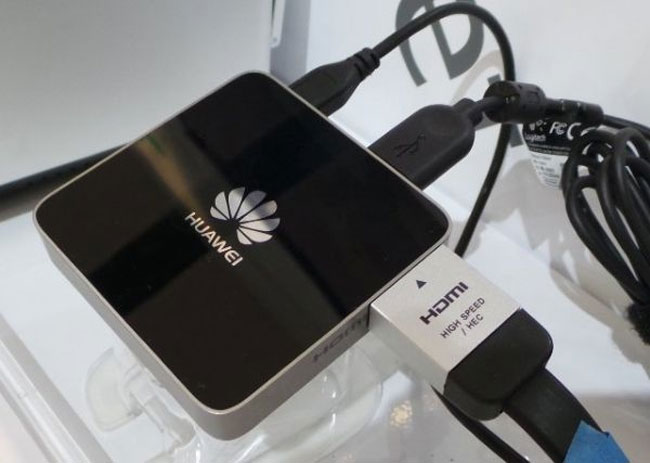 Other features of the new Huawei MediaQ M310 quad core media player include, 802.11n WiFI and Bluetooth 4.0 connectivity, 4 GB of internal flash storage and a microSD slot for expansion. Together with HDMI out and HDMI in, 1x SPDIF, 3.5 mm stereo jack and mic, 2 x USB 2.0 host ports and Huawei multi-screen.

The Huawei MediaQ M310 Quad Core Android Media Player is expected to launch in the next couple of months for $80 or less, and has also created a more powered version in the form of the MedaiQ M810, equipped with 2GB of RAM, 8GB of storage, 1 x Ethernet, 1 x TV tuner, complete with hard disk drive bays.